"Man is a rope, fastened between animal and Superman - a rope over an abyss. 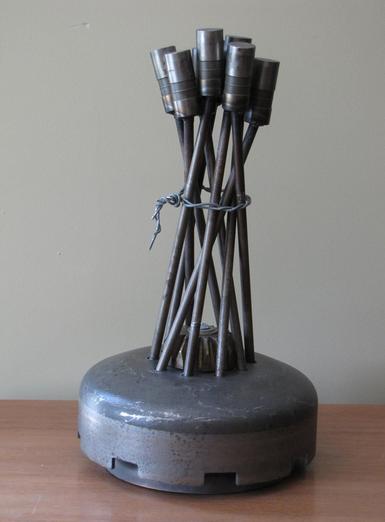 The antithesis of "Fallen"-

Originally designed to become another lamp, the process stalled;  and with that "stall" the piece was completed.  I tried to add, hone, and redesign but everything I tried- wasn't "right".  An example of an artist creating, but ultimately- the creation is the art. 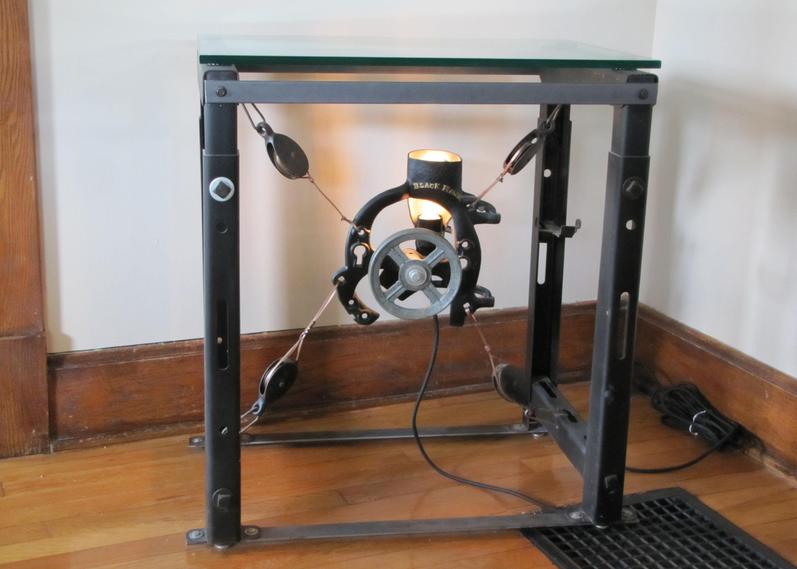 "The body is a great intelligence, a multiplicity with one sense, a war and a peace, a herd and a herdsman.

You say 'I' and you are proud of this word.  But greater than this - although you will not believe in it - is your body and it's great intelligence, which does not say 'I' but performs 'I'." 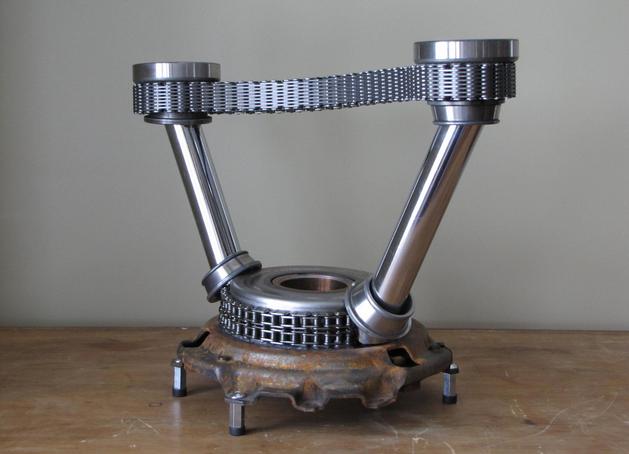 Drawn and suspended from the center of "the rack" is an antique corn-sheller (incomplete).  The inspiration for this composition came from the mechanics and process of a corn-sheller- Simply horrific- thankfully the corn doesn't feel the process.  But in an odd twist of fate, the torturer has become the torturee, destined to spend eternity in suspension, never to shell again.